Creating Variations via Self Pollination

Self-pollination can be done to produce a range of varying offspring. Usually, the offspring plant with the most desirable phenotypical characterisitics are selected for cloning (A.K.A. mass production). In reality, a batch of clones are not guaranteed to yield identical flowers. A slight degree of variance can still surface; and mutations (due to chemical/environment etc) amongst some of the plants are still possible.

To illustrate, the following are examples of the Dendrobium Shavin White and two variations:

The typical Dendrobium Shavin White flower is greenish-white when it blooms initially. The greenish colouration fades resulting in a more whitish colour, as the flower fully blossoms.

In variation 1, pink flushes are observed along the petals and sepals, with a strong pigmentation of pink along the centre of the lip.

In variation 2, the reddish-pink colouration can be observed spreading from within the column.

Cloning the above variations could produce batches of atypical looking Dendrobium Shavin Whites. However, if the variations arose from unstable mutations, there’s a higher chance that their clones may end up being typical rather than atypical based on our experience. 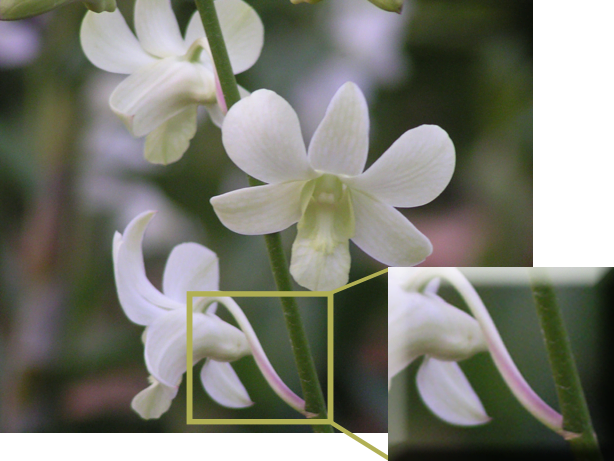 No products in the basket.

Your wishlist is currently empty.